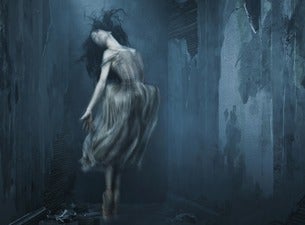 One of the most famous ballet companies in the world, English National Ballet has undergone a spectacular artistic resurgence under powerhouse Artistic Director and Lead Principle Dancer Tamara Rojo. The New York Times called the Spanish arts visionary “the woman who transformed English National Ballet.” She has rejuvenated the ballet cannon with her bold new commissions of the classics, most significantly, Giselle.

Khan’s new vision for this classic tale of love, betrayal and redemption places the story in a timeless setting where an outcast migrant factory worker discovers her lover is betrothed to another woman and dies from grief. Giselle joins a group of ghosts who seek revenge on him, but their love proves too powerful and he is released, forgiven.

English National Ballet brings to Auckland a huge company of nearly 100 artists and crew. Travelling with them is a monumental set designed by Oscar-winner Tim Yip [Crouching Tiger, Hidden Dragon]. This is a massive new production on a scale rarely seen in New Zealand and only possible within Auckland Arts Festival.

The haunting score, “ominous, gothic” score (The Observer), is brought to life by the Auckland Philharmonia Orchestra.

When Giselle premiered at the Paris Opera in 1841, it was hailed as ‘the greatest ballet of its time’. This new Giselle for the 21st century was described by the New York Times as “a gift for the company”.

“…a masterpiece of 21st century dance” Mail On Sunday, UK