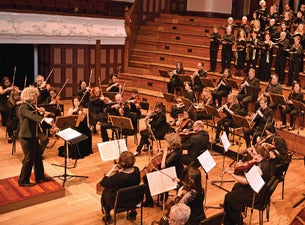 Bach Musica NZ is New Zealand’s only ensemble consisting of a professional orchestra and a semi-professional choir dedicated to performing a wide range of music from Baroque to 21st Century. Their highly acclaimed concerts include many NZ premieres of beautiful music from all over the world.

Music and Artistic Director Rita Paczian is a freelance conductor performing in New Zealand and abroad. As guest conductor she has also performed in most European countries, Australia, South Africa and the United States.