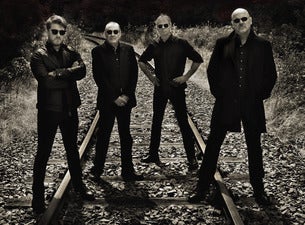 UK hellraisers The Stranglers join forces with Australian-based, Kiwi legends Mi-Sex for what promises to be electrifying New Zealand concerts.

Plus1 and The Sound proudly present The Stranglers and Mi-Sex live for massive nights embracing some of the most important tunes in the soundtrack of our lives.

Get ready for The Strangler’s favourites like ‘Golden Brown’, ‘Peaches’, ‘No More Heroes’, ‘Get A Grip On Yourself’ and ‘Skin Deep’, through to Mi-Sex hits like ‘People’, ‘Computer Games’, ‘Blue Day’, and ‘But You Don’t Care’.

Tickets for all shows are on pre-sale via Plus1 from 9am Tuesday, August 27th, and general sale 9am Thursday, August 29th.

Formed in 1974 in Guildford, England, The Stranglers’ no bullshit attitude saw them embraced by the punk movement of the late '70s. They released their first three albums - Rattus Norvegicus, No More Heroes and Black And White - within an astonishing 13 months of each other, gaining hit singles like ‘Peaches’, ‘No More Heroes’ and ‘Walk On By’.

More success was to follow with the likes of ‘Always The Sun’, ‘Strange Little Girl’ and the mercurial ‘Golden Brown’, amongst many others.

The Stranglers have achieved 24 top 40 singles and 18 top 40 albums throughout their lengthy career.

With a highly original sound, combining a brilliant melodic touch with a genuine dark aggression and effortless cool, The Stranglers are now recognised as one of the most credible and influential bands to have emerged from the punk era.

Featuring the hit singles ‘But You Don’t Care’ and ‘Computer Games’, Mi-Sex’ Graffiti Crimes rode the collision of punk rock, new wave and dance to the top of the charts in Australia, New Zealand, Canada, Germany, Austria, and South Africa.