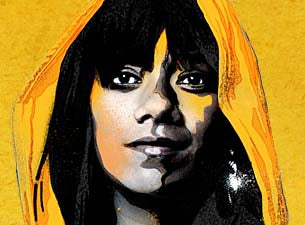 Released last year to great acclaim, their third album Automatic was recorded between Detroit's legendary Studio and Revolver Studios in Waiuku. It was hailed by the NZ Herald in a breathless five-star review as a 'sonic stunner', and even professional curmudgeon Simon Sweetman declared it "the record of her career" ... "slinky and groovy and – sonically – it’s a joy.". It debuted at number three on the national charts and featured on many end-of-year 'best of' lists.

This year has seen the band make their debut tour of Brazil, and they are about to embark on a comprehensive tour of Europe and, for the first time, the US. Their mid-winter tour of NZ is something of a victory lap for Ladi, Parks, Brandon Haru and Julien Dyne - a band who have always let the music speak for itself.

In support are hotly-tipped Auckland hip-hop collective Team Dynamite. Their laid-back, jazz influenced
style has invited comparisons to A Tribe Called Quest, Outkast and De la Soul, albeit with a distinctly NZ flavour.