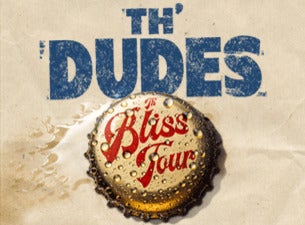 Th’ Dudes are back in business! The Kiwi music icons will hit the road in November and December, with the addition of a third Auckland concert at the Town Hall on Thursday 26 November announced.

Th’ Bliss Tour news coincided with the band’s induction into the New Zealand Music Hall of Fame in November. Originally scheduled for April, the band were forced to postpone the tour due to lockdown. Now that concerts are back on the menu, music fans have been enthusiastically snapping up tickets for shows around the country, and a third Auckland show now added due to pressure from fans.

Featuring Peter Urlich, Dave Dobbyn, Lez White and Bruce Hambling, the line-up will also include the late Ian Morris’s brother Rikki, who was the original sound engineer for the group, and stepped in for the band’s triumphant appearance at the 2019 Vodafone New Zealand Music Awards.

“The reunion had to be postponed for very important reasons, but now that we’re safe to get together we can’t wait to get out there as a band,” said Peter Urlich.

Tickets for the new Auckland concert go on sale at midday on Tuesday 23 June. Tickets to all others shows are available now. Get in quick to catch these Kiwi legends together for a rare tour

Th’ Dudes are back in the charts for the first time in four decades with the top 10 compilation album Bliss available now on LP, CD or streaming services.