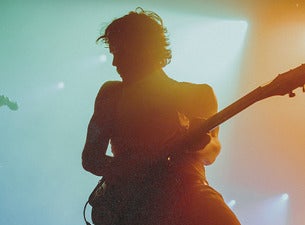 Australia’s breakout indie act of the last year, Spacey Jane, will visit New Zealand for a nationwide tour this August.

The band will play shows across the country, starting at Auckland’s Powerstation on Friday August 6, followed by Meow in Wellington on Sunday August 8.

My Live Nation members can access presale tickets first from 10am Wednesday June 23 until 9am Thursday June 24.

This will be the third NZ tour for Perth-based indie rock foursome Spacey Jane, who have grown into one of Australia's most-loved bands since their last Kiwi outing in early 2019.

Fans will be treated to songs from the band’s 2020 hit debut album Sunlight. After entering Australia’s ARIA chart at #2, four tracks from the album were voted into triple j's Hottest 100 including fan-favourite Booster Seat taking out the #2 spot. The single subsequently soared into the ARIA Top 10 singles chart, achieved platinum sales and drove the band to accumulate over 88 million streams.

Front man Caleb Harper, guitarist Ashton Hardman-Le Cornu, bassist Peppa Lane and drummer/manager Kieran Lama spent the first half of this year playing sold out shows across Australia’s east coast, and this will be their first overseas trip since the start of the pandemic.

Spacey Jane say: "We're VERY excited to finally be coming back to the land of the long white cloud to play our biggest Kiwi shows yet! Hope to see you out there <3"

In the midst of recent touring, Spacey Jane have managed to find time to write and record in the studio - keep an ear out for their new single, out very soon.