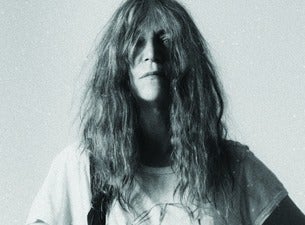 Due to overwhelming demand, Patti Smith and Her Band, have confirmed a second and final Auckland Town Hall show on Tuesday 28th April 2020. The seminal and legendary poet and punk rock artiste will now perform three New Zealand concerts following on from her Bluesfest appearance and Australian tour dates. There will be no presale for this new show.

After conquering Bluesfest in 2017, Patti Smith and Her Band went on to win a Helpmann Award that year for Best International Contemporary Concert! Best-selling author, performance poet and visual artist, Patti Smith’s list of artistic accomplishments don’t end there. She is a Rock and Roll Hall of Fame inductee, recipient of the Polar Music Prize, an ardent human rights activist and holder of many notable recognitions over what is, and continues to be, a long and highly significant musical career.

Don’t miss your chance to see this iconic artist perform in Christchurch and Auckland next April!