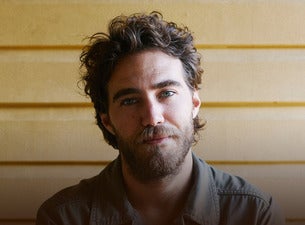 “It's another remarkable record from the guy, where he plays everything himself, as well as owning all those fantastic voices that are layered across each track” – Richard Kingsmill TRIPLE J FEATURE ALBUM

The live video for ‘Miracle Love’ is a one take live video, shot and recorded during sound check at the Manchester Cathedral earlier this month.

Performing all instruments and vocals on the triple j featured album Rainbow Valley, Corby has created a lush, multi-textured album sparked by hints of both old soul and futuristic psychedelia. Working with old friend and long-time collaborator Alex Henriksson, who is co-writer of two songs on the record, Corby retired to the idyllic surroundings of Byron Bay’s Music Farm studios with Telluric producer Dann Hume and engineer Matthew Neighbour.

Rainbow Valley is available in CD, digital and limited-edition vinyl format’s from here.

The album includes singles  ‘Miracle Love ‘No Ordinary Life’, ‘All Fired Up’ and ‘All That I See’.