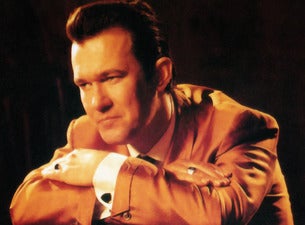 Jimmy Barnes and his Soul Deep band are coming back to shake the foundations and blow the roof off venues around New Zealand, performing a blistering set of soul classics! On the back of announcing Soul Deep 30 a reimagined and extended version of Jimmy Barnes’ record breaking triple platinum (NZ) album Soul Deep, Eccles Entertainment is thrilled to announce that Jimmy Barnes will tour Aotearoa in support of the forthcoming album in a mix of arenas and theatres across Dunedin, Auckland and Wellington this July.

The Soul Deep 30 tour kicks off on Wednesday 20 July at The Town Hall in Dunedin before heading to Auckland’s Spark Arena on Saturday 23 July before wrapping up at Michael Fowler Centre, Wellington on Monday 25 July.

‘Ain’t No Mountain High Enough’, ‘Signed Sealed Delivered (I’m Yours)’, ‘I Gotcha’, these are all songs we know and love, they aren’t called classics for nothing! They’re songs to make you smile, to get you up off your feet, songs to sing along to and songs to see live!

“I’m absolutely thrilled we can come back to New Zealand and play for our loyal NZ fans. I want to thank you all for hanging in there and can’t wait to play what will be a completely different Jimmy Barnes show.

I’ve always been particularly proud of Soul Deep. It was made for all the right reasons and there was something magical about the way it struck a chord with so many people. There’s a reason that all those great sixties songs are called “timeless” – the raw stories they tell make sense to every generation. I’m really looking forward to revisiting this music again live after all these years too. Hopefully we can remind people why they enjoyed this album so much first time around while also introducing it to a whole new audience.

We’ll be playing New Zealand after our Australian tour dates so it’s fair to say myself and the band will be well warmed up and ready to give it our all for our Kiwi fans!”

The original Soul Deep tour is widely regarded as one of Australasia’s most legendary live events and this 30th anniversary reprise will feature Jimmy and his electrifying Soul Deep band performing all the hits off this album plus lots of other R&B classics.  Appropriately, the deluxe package of Soul Deep 30 will include an exclusive live bonus DVD filmed at the Palais Theatre in Melbourne, Australia on that famous first tour in 1991.

The powerhouse soul and blues vocalist Mahalia Barnes has been in and around music her entire life, having been exposed to everything from Aretha Franklin, Stevie Wonder, Ike + Tina Turner and Ray Charles, so it’s fitting that acclaimed singer-songwriter Mahalia Barnes + The Soul Mates play before Jimmy Barnes each show on the Soul Deep 30 Tour.

Opening proceedings each night is Karen Lee Andrews. Karen is in possession of a unique sense of artistic purpose. Karen’s career to date has largely revolved around classic soul and rhythm and blues sounds with an exceptional songcraft built upon these classic genres.

More about the Soul Deep 30 album

The album features three brand new recordings: ‘Soothe Me’ (out now) (featuring the legendary Sam Moore from Sam & Dave who created the original version), a reworking of ‘Do You Love Me’ (with guest Josh Teskey) (out now) and a previously unreleased collaboration called ‘Reflections’ with Cold Chisel bandmate, Ian Moss. Sam, Josh and Ian join John Farnham (‘When Something Is Wrong With My Baby’) and Diesel (‘Bring It On Home To Me’) who both guested on the original album.

Rolling Stone recently named Soul Deep one of the top 50 Australian albums of all time, calling it “a revelatory addition to one of the country’s most vital discographies”.

Fans who had tickets purchased for the cancelled Flesh & Blood tour will have exclusive first access to tickets before the general public. Details will be emailed from ticketing outlets.

Jimmy Barnes is the heart and soul of Australian rock and roll. Since 1973, his monumental passion and versatile voice have soundtracked the lives of Australians.

Since his music career began, he has gone from strength-to-strength, with countless successful and acclaimed releases, including an impressive 13 #1 solo albums and 5 #1 albums with Cold Chisel…Jimmy Barnes has topped the charts in Australia more than any other artist.

Never one to slow down, he has also released six best-selling books: his memoirs Working Class Boy, Working Class Man and Killing Time, two children’s books - Och Aye the G’nu and Rosie The Rhinoceros, as well as a cookbook with wife Jane, titled Where The River Bends.

In 2017, Jimmy Barnes was appointed an Officer of the Order Of Australia (AO). He has been inducted into the ARIA and APRA Halls Of Fame, won six ARIA Awards and an APRA Award.

In New Zealand, he has enjoyed notable success as a solo artist and with his band Cold Chisel notching up an impressive ten Top 10 albums. He is a regular visitor to Aotearoa headlining festivals and selling out shows throughout the country. His most recent album Flesh & Blood (2021) debuted at #6 on the NZ Top 40 Album Chart.