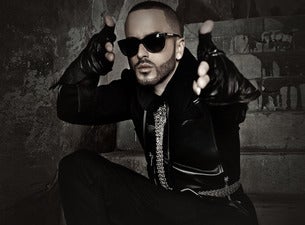 Reggaeton virtuoso Yandel emerged as one of the genre's biggest stars during the '00s with Wisin & Yandel, the duo behind club hits like "Rakata" and "Pam Pam." Flexing his solo muscles in 2013 with a new album, Yandel proved that it doesn't take two to tango —the album debuted at No. 1 on Billboard's Top Latin Albums chart and sparked an international headlining tour. With a dance-heavy set featuring bangers like "Hasta Abajo" and "Fallaron," Yandel floored fans at his 2013 shows, building excitement for another adrenalin-filled round of tour dates in 2014.

Born Llandel Veguilla Malave Saqlazar in Puerto Rico, Yandel joined forces with Wisin in 1998, steadily rising the reggaeton ranks with a series of popular singles released in the early '00s. In 2005 the duo founded WY Records for the release of Pa'l Mundo, their fifth —and most successful —album to date. The album peaked at No. 1 on the Top Latin Albums chart, cementing the duo's reputation among the genre's top brass and paving the way for their respective solo releases. In 2013, Yandel's chart-topping solo effort De Lider a Leyenda was a hit with critics and fans alike, setting the stage for a highly anticipated headlining tour in 2014.