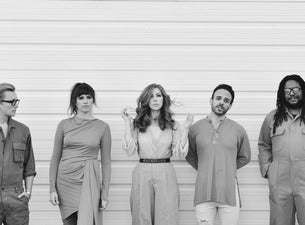 WEDNESDAY OCTOBER 26, 2016 - New Zealand fell in love with LAKE STREET DIVE on their debut tour as part of Womad and the 2015 Auckland Arts Festival. Now the Brooklyn-based band is back this summer.

Beginning their UK and Ireland tour next week in support of their 2016 critically-acclaimed Nonesuch Records debut album, Side Pony, expect Lake Street Dive to bring their full show of warm, soulful pop music to Auckland for one night only.