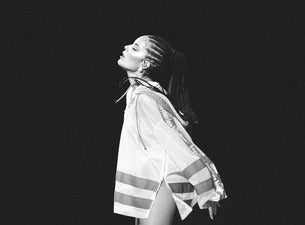 Spark in association with Live Nation and The Edge present Grammy Award-nominated, multi-platinum alternative pop maverick HALSEY, on her highly anticipated return to Auckland in April 2018.

Halsey who commenced her hopeless fountain kingdom world tour in September, will perform at Auckland's Spark Arena on Thursday, April 19.

Spark Customers will be able to access a special pre-sale commencing 11am Monday, December 18.

Hailed by Billboard Magazine, Forbes and MTV as 'the voice of her generation', Halsey's meteoric rise to pop stardom can literally be tracked over the last two years.

Born Ashley Nicolette Frangipane in 1994, Halsey went from putting songs on SoundCloud as a teenager to releasing her first full-length album BADLANDS in 2015, stunning the industry with its debut at No: 2 on the Billboard charts, as well as achieving multiple top 10 chart positions worldwide, including No: 3 on the RIANZ album chart. BADLANDS features the hit singles; 'Ghost', 'New Americana' (RIANZ certified Gold), 'Colors' (RIANZ certified Gold) and 'Castle'.

However, it was in July 2016 when Halsey featured on the Chainsmokers single 'Closer' - which was number one in the U.S. for 12 weeks with over 1 billion streams on Spotify alone - that she was catapulted into another stratosphere.

Kiwi's love Halsey. Whether it's that unmistakable voice, her take-no-prisoners attitude, or her irreverent approach to social media, there's something about the way this 23-year-old New Jersey native operates that we just can't get enough of. Luckily for us, the feeling is mutual, as Halsey is returning to New Zealand for her debut headline show in support of her latest Grammy nominated, chart topping, record hopeless fountain kingdom.

Immediately after launching itself into the top 10 in 40+ countries worldwide and being the first number one album by a female artist in the US in 2017, hopeless fountain kingdom held special significance for Halsey's fans. Singles like Bad At Love and Now Or Never showcase a connection between artist and audience that is increasingly rare in today's musical landscape. The record's wild ambition and musical abandon has seen it garner breathless reviews from the likes of Rolling Stone and NME and recently saw Frangipane grace the cover of Billboard, Paper & Playboy Magazine.

And if that wasn't enough, Halsey just released Him & I - a modern tale of rebellion and reckless love with rapper G-Eazy (who is also her boyfriend). Check out the new vid for it here.

While in Auckland earlier this year on a promotional visit, Halsey hinted at a return - that day has finally come as her debut tour is announced, returning hopeless fountain kingdom to the fans it was lovingly written for, and ensuring Halsey maintains her permanent place in our hearts.