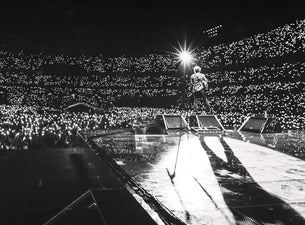 Ed Sheeran’s love of Australia and New Zealand has been reciprocated with hundreds of thousands snapping up the entire pre-sale allocations for his Australasian tour dates.  His 2018 stadium tour is fast shaping up to be one of the biggest in Australasian touring history.

To meet the overwhelming demand Frontier Touring is happy to announce additional shows as follows;

The addition of these new shows will double Ed’s originally announced seven stadium concerts, taking it to an incredible 14-date run.  This announcement sees Sheeran becoming the joint title-holder of the most stadium shows on a single Australian and New Zealand tour, sharing the record with AC/DC’s 2010 tour.

Ed Sheeran said today “I’m overwhelmed with the response, to match that record is very humbling.   I really can’t wait to get down there.”

Michael Gudinski, head of Frontier Touring said “Ed smashed ABBA’s long standing record in Australia for the most weeks at number one, with Shape Of You and now he’s matched the biggest record in touring.  He just continues to amaze me as a singer, as a songwriter, as a performer and as a good mate.”

Tickets for ALL concert dates and in ALL price categories will be available in the general public on-sale on Tuesday 23 May.

Touring in celebration of his record-breaking and chart-topping third studio album ÷ (pronounced ‘divide’, out now through Warner Music), Sheeran will perform completely unaccompanied, joined on stage by just a guitar and effect pedals. The pull of this one-man band is an incredible experience to witness; layers of harmonies, rhythms and guitar parts cast out to a crowd of thousands who sing every lyric straight back to Sheeran.

From theatres to stadiums, Sheeran has sold out every single show on his four tours of our shores and the ÷ World Tour is sure to follow suit. Tickets go on sale from Tuesday 23 May – act quick to secure yours!

GENERAL PUBLIC ON SALE
Begins: Tue 23 May (see timings below)

ALL SHOWS ALL AGES