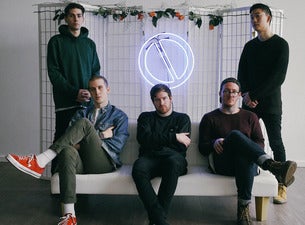 Counterparts is frequently seen as one of the leading lights of the melodic metalcore movement. It's easy to see why: The Canadian quintet offers a dynamic melange of clashing metallic riffs, brutal drumming, and anguished vocal wails from lead vocalist Brendan Murphy. Although these hardcore elements have always been the band's sonic hallmarks, they were particularly prominent on 2017's You're Not You Anymore, the second Counterparts album in a row to land on the Billboard Top 200.

Such success is well-earned and well-deserved. Counterparts coalesced in Hamilton, Ontario, in 2007, after Murphy was asked to be in a band by locals, including original guitarist Jesse Doreen. Although early songwriting attempts were naturally a challenge, and lineup changes were common, the group eventually found an ally in Silverstein's Shane Told, who signed the band to his personal imprint, Verona Records, in 2010.

More industry attention soon followed. Counterparts' second album, 2011's The Current Will Carry Us, and 2013's chart breakthrough The Difference Between Hell and Home (which landed at No. 7 on Billboard's Heatseekers chart) both arrived via Victory Records. In 2015, Counterparts inked a deal with Pure Noise Records, which has since shepherded the group's albums into stores.

These days, the band is more prolific than ever. In fact, Counterparts followed up You're Not You Anymore with a new three-song EP, 2018's Private Room, that's exponentially more punishing than other work to date.

Unsurprisingly, Counterparts exudes comparable energy and urgency onstage, with Murphy serving as the passionate emcee spilling his guts to the audience every night as the rest of the band unleashes crushing sonic maelstroms around him. Accordingly, the band has co-headlined a tour with Being As An Ocean, opened for the Amity Affliction, and booked a European and U.K. tour with Stick to Your Guns.