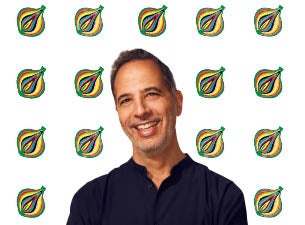 About Yotam Ottolenghi - Flavour of Life

He’s the trail-blazing chef, prolific author, TV personality and restauranteur whose name has become a cooking style. Yotam Ottolenghi is touring Australia and New Zealand in 2022 to reveal his next-level approach to cooking explored in his stunning new book Ottolenghi FLAVOUR. It will be an exclusive opportunity to hear directly from the man himself about the taste sensations and ingredients that excite him and will inspire your own cooking.

Written with long-standing collaborator and co-writer Ixta Belfrage, the book celebrates the limitless potential of vegetables and shows how to transform them into magical dishes.

Yotam Ottolenghi Flavour of Life is all about sharing and caring. The internationally-acclaimed chef and writer talks about his influences and experiences, and offers insights about being a restauranteur and how you can dial up the flavour and be a sure-fire hit at mealtimes.

Ottolenghi’s passion, warm presence and inclusive voice has attracted devotees worldwide. He is the chef-patron of famed London restaurants NOPI and ROVI, and of four Ottolenghi delis. Best-selling cookbooks include Plenty (2010), Jerusalem (2012) and Ottolenghi SIMPLE, which won the National Book Award in 2018 and was selected as best book of the year by The New York Times.

The upcoming tour further demonstrates “the Ottolenghi effect” – the creation of meals full of colour, flavour, bounty and sunshine - as he turns his attention to innovative yet near-effortless vegetable dishes, home cooking during the Covid pandemic and leadership in hospitality.

Renowned for his modern take on Eastern Mediterranean cuisine, the inspired masterchef brings the region’s exotic flavours to the forefront of home cooking in a relaxed, open and informative style.

Joining Ottolenghi as host and MC will be restaurant critic and presenter of The Project, Jesse Mulligan.