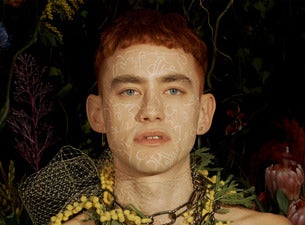 British electronic trio Years & Years has skyrocketed to the top of the UK indie dance scene with their soaring blend of ‘90s house, alternative R&B, and soulful synth pop. The band’s 2015 debut album Communion is one of the year’s most buzzed-about releases, and they’ve further fueled excitement around the record with their electrifying performances on tour. In concert charismatic frontman Olly Alexander dances around the stage with ecstatic abandon, delivering his emotional vocals with passion and precision while the band keeps the drums and synths flowing. Whether they’re getting fans dancing with “Desire” or performing their first UK chart-topper “King”, Years & Years always bring the house down with their anthemic songs, stellar musicianship, and infectious onstage energy.

Years & Years formed in London in 2010, originally working as a five-piece before becoming a trio and releasing their proper 2013 debut single “Traps”. They followed up in early 2014 with the single “Real, but things really took off later that year with the single “Take Shelter”, which topped the iTunes UK Singles Electronic Chart. Their fourth single “Desire” fared even better, peaking at No. 22 on the UK Singles Chart and becoming an underground hit in the US. With the 2015 release of their fifth single “Kings” the band broke through to the mainstream, reaching No. 1 on the UK Singles Chart and cracking the Top 10 on charts throughout Europe. Shortly after, Years & Years won the prestigious BBC Sound of 2015 award, joining a star-studded list of previous winners that includes Sam Smith, Jessie J, and Adele. With their highly anticipated debut album Communion generating massive amounts of buzz in 2015, Years & Years are poised to cement their status as UK pop royalty on tour.