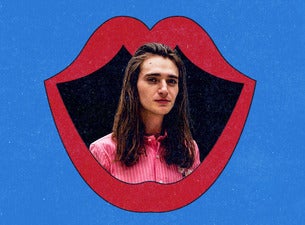 Y2K is Ari Starace, a multi-genre producer & DJ based out of Los Angeles. Earning a loyal following online and off with DJ sets at shows, house parties and everything in between.

After playing in bands throughout his youth in Phoenix, Arizona, Y2K began producing remixes of popular songs in 2014. His take on records like XO TOUR Llif3, Lord Pretty Flacko Jodye 2 and See Me Fall have amassed tens of millions of streams. He soon transitioned from remixes to studio work, producing for artists like Killy, Yung Bans, and Polyphia. Y2K's influences are timeless and diverse and he moves seamlessly across genres and decades in both production and DJing - taking inspiration from Atlanta rapper Young Thug to '80s duo Tears for Fears and new-age icon Enya to name a few.

His current single 'Lalala' with rapper bbno$ has found viral success, with its music video garnering more than 235M+ views on YouTube alone. It peaked at #16 on the New Zealand Singles Chart and is already attained Platinum certification. As 'Lalala' continues to gain momentum, Y2K is working on his debut project, “Dream Eater”, which showcases production and features from across his world of work.