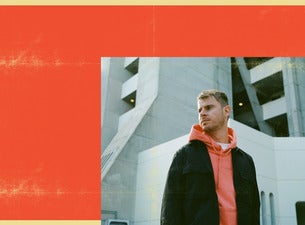 Drum and Bass hitmaker Wilkinson is hitting the Bay of Plenty out of the park for the first time on December 29, delivering a one-off Drum and Bass masterclass at Soper Reserve, Mount Maunganui.

Hailing from South West London, Wilkinson has been touted as one of the most successful stars in dance music. After ditching the guitar for a sequencer at 14, the rest was history for Wilkinson. A production class at college led to sending demos to some of the finest producers in England. Since then he’s released music on Hospital, RAM and Virgin records, releasing platinum selling tracks such as “ Half Light ”, “ Dirty Love ” and the unofficial national anthem of NZ drum and bass fans “ Afterglow ”.

It is no secret that Wilkinson loves New Zealand, returning numerous times for Gisborne’s Rhythm and Vines festival and South Island’s Rhythm and Alps. With this being his first performance in the Bay of Plenty, this is great news for local Drum and Bass heads and holidaymakers alike.

Joining him onstage is his trusty MC and side-kick MC AD-APT , with a scheduled opening slot given to Hawke’s Bay and NZ drum and bass legend TREi.