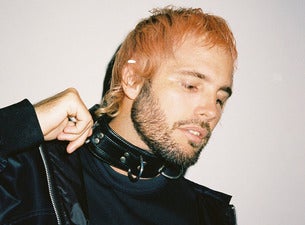 What So Not Tickets

About What So Not

Live Nation and Red Rum Touring are proud to present Australian electronic powerhouse WHAT SO NOT touring New Zealand.

2021 marks the 10-year anniversary of What So Not, whose first EP was released in 2011. In the last 10 years, What So Not, real name Chris Emerson, has collaborated with Skrillex, RL Grime, Toto, Run the Jewels, Flux Pavilion, Noisia, Daniel Johns, San Holo and Jagwar Ma, and new single ‘The Change’ marks the first time he has teamed up with indie-rockers DMA’S.

In 2020 Emerson scaled back his touring to get re-centered as a person and refreshed as an artist. The first decade of What So Not revolved around high-profile collaborations and headlining tours and major festivals in over 70 countries across the globe. The second decade of What So Not starts with reflection and revitalization, and new innovations from the ever-shifting Emerson.