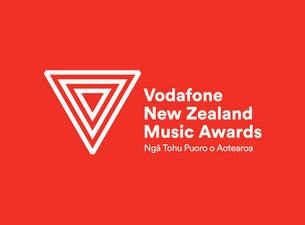 Recorded Music NZ is proud to present New Zealand’s biggest night of music at this epic and glamorous event, The Vodafone New Zealand Music Awards. Witness NZ’s most beloved musicians being honoured as we celebrate their outstanding artistic and technical achievements.

The line-up of performers this year will consist of some of NZ's most prominent names in music, to be announced in October.

The Vodafone NZ Music Awards are among the most significant that a group or artist can receive in New Zealand music, and have been presented annually since 1965.

This year Th’ Dudes will be recognised with the 2019 Legacy Award and inducted into Te Whare Taonga Puoro o Aotearoa (NZ Music Hall of Fame).

They will celebrate their induction with a performance at the 2019 Vodafone New Zealand Music Awards on 14 November at Spark Arena. Kiwis can experience the annual celebration of local music through THREE's live broadcast or by purchasing tickets to the event.

Th’ Dudes rocketed into music stardom in the late 1970s, recording iconic kiwi anthems such as ‘Bliss’ and ‘Be Mine Tonight’.

Forty years on, the legacy of Th’ Dudes is etched in Aotearoa music history. Despite only releasing two albums, the band set a standard in original song writing, in stage and performance, and album production.

The Vodafone New Zealand Music Awards will be also broadcast live on THREE on 14 November from 8.30pm.