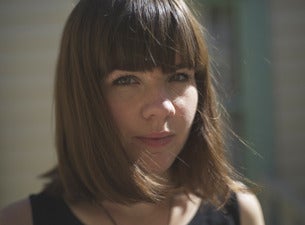 New Zealand audiences are in for a treat as two of the country’s finest singer-songwriters join forces to dazzle audiences.

Bic Runga’s accomplishments are already enough to label her a national treasure…three number one albums, a swag of hit singles and a Silver Scroll songwriting award.  Bic Runga has been writing and recording her next record with this material being debuted live at these concerts.

Now Bic Runga will be touring with Tiny Ruins.

Songwriter Hollie Fullbrook from Tiny Ruins has seen a groundswell of support for her music at home and overseas, with fans such as David Lynch, NPR, The New York Times and Kurt Wagner of Lambchop singing her praises in the past year. Along with drummer Alex Freer and bassist Cass Basil, the band has won over international audiences touring with the likes of Sharon Van Etten, Calexico and The Handsome Family. Playing over 130 shows in 2014, their mesmerizing live performances have seen recent appearances at Sydney and Perth Arts Festivals, End Of The Road Festival in the UK and Celtic Connections in Glasgow. Their Most recent album, Brightly Painted One, was awarded Best Alternative Album at the 2014 NZ Music Awards.

These two talented women will take to the stage with their respective bands, including drummer Kody Neilson joining Runga, across some of New Zealand’s most beautiful and intimate venues, giving audiences a rare opportunity to see them showcase new material and reimagine cherished favourites in a solo capacity, with their bands, and together for a special finale.

These remarkable concerts will be seated, with capacity limited to ensure that both the audience and the artists will leave the show knowing that they have been part of something truly special.