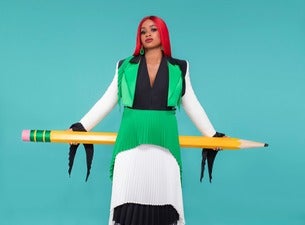 GRAMMY-nominated lyricist and fast-rising superstar Tierra Whack is solidifying her position as a force to be reckoned with after her riveting release Whack World. Loaded with flavourful wordplay and boundless creativity, Whack netted her first GRAMMY nomination for her standout video, “Mumbo Jumbo.” Lauded for her lyrical bravery and masterful vision in 2018, Whack stormed back in 2019 with five new tracks in five consecutive weeks as part of her acclaimed “Whack History Month.” She's subsequently featured on Apple's Up Next Program and partnered with LEGO for her innovative “Link” video in 2021.