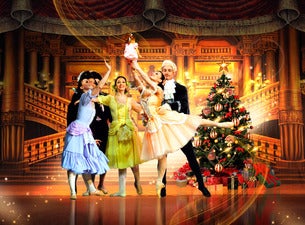 About The Nutcracker - Russian Ballet

Following their sell-out 2015 performances of Swan Lake, the Imperial Russian Ballet Company return to New Zealand to perform The Nutcracker.

The Nutcracker is famous for Tchaikovsky’s music.  The genius of Tchaikovsky created one of the most recognisable and enduring music scores ever written.

The illustrious cast of the Imperial Russian Ballet Company enjoy performing The Nutcracker more than any other ballet from their extensive repertoire, especially when they are joined by children from local ballet schools in the cities that they perform in around the world.

“The Russians Know Best” Jenny Stevenson, Dominion Post
“Perhaps it is true after all that only the Russians can do the classic Swan Lake.”