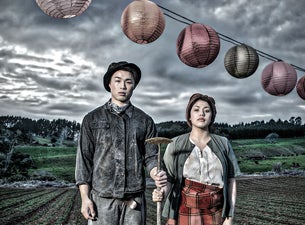 The Mooncake and the Kumara Tickets

About The Mooncake and the Kumara

THE MOONCAKE AND THE KUMARA

Set in a time when racism is rife in New Zealand, two cultures collide in a tale of love and honour, history and secrets.

Directed by Taranaki’s own Katie Wolfe, The Mooncake and the Kumara is set 90 years ago in a market garden, where romance blooms among the vegetables.

Rich with myths and fables, music and song, this story is about a Maori-Chinese love affair that will uproot the lives of two families for generations to come.

“The Maori girls are not to blame if, seeing their elder sisters with lazy Maori husbands living in abject poverty, they choose to marry Chinese,” says the Auckland Star, on 5 August 1929.

This is the first New Zealand play to explore the issue of extreme racism faced by Chinese men (at a time when women weren’t permitted into the country to prevent ‘breeding’), while Maori communities were being dismantled, one plot of land at a time.

Co-produced by the Auckland Arts Festival and the Oryza Foundation for Asian Performing Arts.