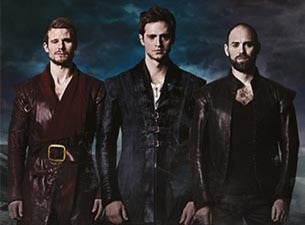 About The James Plays

THE JAMES PLAYS – by Rona Munro, directed by Laurie Sansom

‘Furiously exciting. A high-stakes political thriller that never lets up.’  ★★★★★ Time Out, UK

As many nasty winters as Game of Thrones

Darker than the darkest cellar in Wolf Hall

Monumental, rich and utterly riveting The James Plays bring to life three generations of Stewart kings who ruled Scotland in the tumultuous fifteenth century. Historical drama for a contemporary audience, the plays are more real, more epic, and equally addictive as any on-demand network drama.

Experienced as a trilogy The James Plays reveal a rarely-explored period of Scottish history and a country on the cusp of discovering what it’s all about. Each play has its own distinct atmosphere delivering a unique vision of a country tussling with its past and future.

Want to experience The James Plays Trilogy Swag* and get a 20% discount? Click on the James I, II or III images to find out how.

Prefer a singular experience at one of the plays? Take advantage of the Early Bird specials*. Click on the James I, II or III images to find out how.

Each performance has a limited number of seats built into the set so you can be at the heart of the action – rest assured, if you take this option, while you’ll feel the ‘heat’ of the moment, you won’t be called upon to defend the crown!  And you can always sit at a ‘safe’ distance in the auditorium.

James I: The Key Will Keep The Lock

Bold and irreverent storytelling explores the complex character of this colourful Stewart king – a poet, a lover, a law-maker but also the product of a harsh political system.

James I of Scotland was captured when he was only 13 and became King of Scots in an English prison. 18 years later he's finally delivered back home with a ransom on his head and a new English bride. He's returning to a poor nation, the royal coffers are empty and his nobles are a pack of wolves ready to tear him apart at the first sign of weakness.  But James has his own ideas about how to be a king and, after 18 years, he finally has the chance to realise them. James is determined to bring the rule of law to a land riven by warring families, but that struggle will force him to make terrible choices if he is to save himself, his Queen and the crown.

James II: Day of the Innocents

Innocent games merge with murderous intent in a violent royal playground of shifting realities and paranoia.

A six year old boy is crowned James II King of Scots and is the prize in a vicious game between the country’s most powerful families for whoever has the person of the boy king, controls the state. Seen through a child's eyes, the Scottish court is a world of monsters with sharp teeth and long knives.

The independence and power of young adulthood bring James into an even more threatening world. He has to fight the feuding nobles who still want to control him, he has to make brutal choices about the people he loves best, he has to struggle to keep his tenuous grip on the security of the crown and on his sanity....while the nightmares and demons of his childhood rise up again with new and murderous intent.

NOTE: Performance contains strong language, flashing and strobe lighting and violent scenes and is not suitable for children. An age guide of 14+ is suggested.

James III is colourful, brash and unpredictable. He knows what he sees in his mirror. A man who's irresistible, charismatic, a man of fashion and culture. A man with big dreams ...and no budget to realise any of them. But he's convinced a true king should never allow minor details like available cash to deprive his people of the magnificent European style court they deserve.

Obsessed with grandiose schemes that his nation can ill-afford and his restless nobles will no longer tolerate, James is loved and loathed in dangerously unstable proportions. The True Mirror reflects on the women of the royal court, both lowly and high born, who prove to be its beating heart. And it’s clear that Scotland's future will be decided by the woman who loves James best of all, his resourceful and resilient wife, Queen Margaret of Denmark.

As dreams battle brutal realities and the nation thunders dangerously close to regicide and civil war, her true love and clear vision offer the only protection that can save a fragile monarchy and rescue a struggling people. But the cost for Margaret herself may be too high...