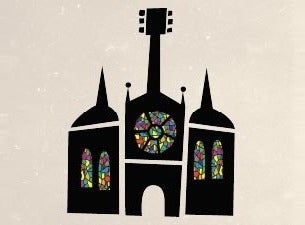 About The Church Tour

Their songs are part of the national lexicon, songs that they will revisit in the stunning environs of some of the country’s most beautiful churches and cathedrals. The shows are sure to be full of not just wonderful music, but stories, banter, and a whole lot of laughter.

While all four artists have worked with each other previously in various capacities – Sharon, Shona, and Debbie all performed together as part of the Auckland Zoo series in 2015, and Debbie features as a vocalist on Hammond’s last two albums – the Church Tour will be the first time that the four have shared the stage together.

One of the most prolific and respected writers of her generation, Sharon O’Neill first caught the attention of CBS Records in 1979, quickly becoming the darling of early 80s pop in New Zealand. Sharon has penned some of the biggest and most well-known hits in New Zealand music history including Words, Asian Paradise, Let Love Go, and the iconic Maxine.

Shona Laing signed to Phonogram at just 17 years old, a phenomena the likes of which New Zealand had not see before. She was named ‘Best New Artist’ and ‘Recording Artist of the Year’ in 1973 as a result of the overwhelming success of the singles 1905 and Show Your Love (both Gold). Perhaps best known for the smash hit single (Glad I’m) Not a Kennedy, which was voted No. 24 in the Top 100 NZ Songs Of All Time in 2001, Shona has forged a reputation as one of the hardest working artists in New Zealand music.

As a member of some of our nation’s favourite bands, including “When the Cat’s Away”, Debbie Harwood has accumulated a stack of awards including 'Most Promising Female Vocalist' in 1985 and ‘Most Promising Group’ in 1987. Debbie will draw from an extensive back catalogue for the Church Tour shows, but also promises to debut new material, currently being recorded at Neil Finn’s Roundhead Studios.

Hammond Gamble is a long-time fixture on New Zealand’s live music scene, his distinctive vocals and guitar prowess have fired a career that has now spanned more than four decades. Renowned for his soulful blues-inspired performances, the charismatic singer-songwriter is also recording new material which will be showcased on the Church Tour, along with the songs we know and love.

And as always with the Church Tour, the spectacular venues and their stunning acoustics will bring an extra dimension of magic.

Promoters Brent Eccles and Campbell Smith are delighted with the line-up for the Tour in 2016, with Eccles saying that concert-goers should prepare themselves for an exceptional night out.

“The Church tour has a tradition of bringing out spine tingling collaborative & individual performances and I can already feel that this year is going to be exceptional in that way”.

Making nine stops in seven cities across the country, the 2016 Church Tour will be delighting audiences and sending them home with golden memories this September. Tickets are on sale from www.ticketmaster.co.nz and www.churchtour.co.nz from midday Monday July 11th.