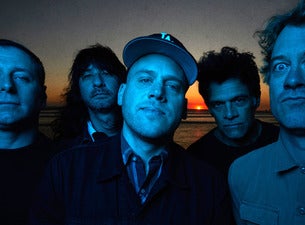 American rockers THE BRONX have announced they are returning to Australia and New Zealand in 2022. The extensive tour will see The Bronx perform in New Zealand in Wellington and Auckland’s Powerstation on May 31.

“The Californians have yet to release a subpar album, and that remains true with Bronx VI... THE BRONX continues to creatively wander wherever the hell they want to, and they make it sound so damn good.”