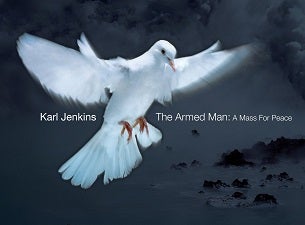 The Armed Man - A Mass For Peace Tickets

About The Armed Man - A Mass For Peace

A Mass For Peace

In this special ANZAC centenary year, the Ars Nova Choir and the New Plymouth Orchestra join forces to perform a work about war and peace.

Composed by Karl Jenkins, The Armed Man will be an aural and visual feast, mixing music and a film backdrop by Hefin Owen.

This film echoes the story, which charts the growing menace of a descent into war, interspersed with moments of reflection. Then it shows the horrors that war brings; and ends with the hope for peace.

This powerful and moving experience will be performed by more than 70 singers from the Schola Sacra (Whanganui), and with a much expanded New Plymouth Orchestra, conducted by Adam Jasinski.