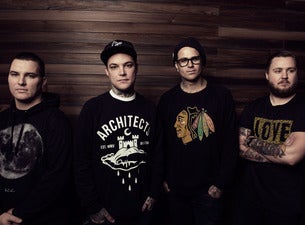 About The Amity Affliction

THURSDAY APRIL 20, 2017 – THE AMITY AFFLICTION has announced they will embark on a headlining national tour this July in support of their new album, This Could Be Heartbreak.

After blowing local audiences away in 2015 as part of the Big Ass Tour, The Amity Affliction return.

Tickets for all shows go on sale at midday this Monday, April 24.

The Amity Affliction’s fifth album, This Could Be Heartbreak was the band’s third consecutive release to debut in the #1 position on the Australian ARIA chart and TAA are only the fifth Australian band to achieve such a milestone in the history of the chart. The album has also been hailed their “personal-best album”, by UK heavy music bible Kerrang!

The Amity Affliction spent most of 2016 playing to seas of people on the European summer festival circuit and local fans will be eagerly anticipating the chance to see the band play in some the country’s best venues, at the top of their world-class performance game.