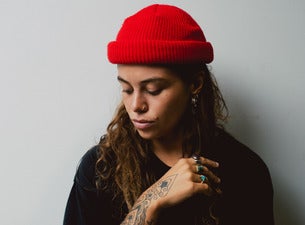 Tash Sultana announces intimate shows at Forum in Melbourne and Enmore Theatre in Sydney this November and December. After playing huge festivals and arenas around the world, these shows are a rare chance to experience Tash in an up close and personal setting.

“After the last few years touring overseas, I really wanted to come back and do some smaller stripped back intimate shows.” - Tash Sultana.

Tash Sultana has spent the past three years touring overseas and shattering attendance records along the way. Universal acclaim for Tash's live show floods in from all corners of the globe and has been one of the worlds most in demand live performers.

Tash has had over 500 million streams, picked up multiple awards & has played some of the biggest festival stages worldwide. Earlier this year Tash played to over 70,000 fans around Australia at some of the country’s largest venues and is delighted to get back to where it all started. Tash will be handpicking Australian artists to showcase as support with more information to come.

Tash will be spending the Summer recording a second album and won’t be playing any headline shows in Australia next year. Tickets are very limited and will not last.