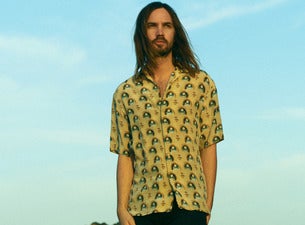 Led by multi-instrumentalist Kevin Parker, Tame Impala have established themselves as one of the most astounding live acts around. A meditative, light-infused party of psychedelic euphoria, their live experience is world renowned - last year impressing at prestigious headlining slots such as Coachella, Glastonbury, Primavera, and Splendour in the Grass.

Tame Impala will deliver songs from their anticipated new album The Slow Rush, released February 14, to all ages crowds, along with fan favourites ‘The Less I Know The Better’, ‘Feels Like We Only Go Backwards’ and more!

Sure to be one of the most exciting tours of the year, experience Tame Impala’s triumphant return across New Zealand!

$1 from every ticket sold will support environmental efforts. Tame Impala’s environmental non-profit partner on this tour is REVERB. REVERB is working with the band to reduce the tour’s impact on the environment and neutralize its carbon emissions while offering fans the opportunity to engage in local and national causes at every headline show.

REVERB is a nonprofit organization dedicated to empowering millions of music fans to create a better future for people and the planet through taking action at concerts and beyond. We partner with artists, festivals, and venues to reduce the environmental impact of live music tours and events while engaging the music community – music-makers and music-lovers – to create real, positive change. Since 2004, REVERB has worked on over 5,000 concert events and 250 tours, including Billie Eilish, Maroon 5, P!NK, Harry Styles, Dave Matthews Band, Jack Johnson, John Mayer, and many others.  Learn more at REVERB.org