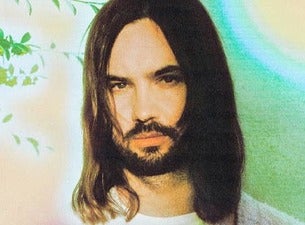 Due to the ongoing COVID-19 pandemic, Laneway Presents, Chugg Entertainment & Frontier Touring wish to advise that Tame Impala are rescheduling their upcoming Australian and New Zealand The Slow Rush Tour from December 2021 to October 2022.

Tame Impala are back on the road in North America this month, performing their very first live shows anywhere in the world after an extensive delay. Their Australian and New Zealand shows are unable to proceed as planned in December 2021, due to constantly changing local and international border closures and associated Government directives in both countries.

Tame Impala will now hit our shores for their epic live shows in Spring 2022, kicking off their rescheduled tour at Auckland’s Spark Arena on Saturday 15 October 2022. Limited tickets remain and are on sale now for all 2022 dates.

Current ticketholders are advised to hold onto their tickets – tickets to the December 2021 shows are valid for the corresponding rescheduled October 2022 dates, with no action required.

One of Australia’s greatest musical exports, Tame Impala claimed #1 on triple j’s ‘Hottest 100 of the Decade’ countdown with 2015 track ‘The Less I Know The Better’. The band’s acclaimed 2020 album, The Slow Rush, was triple j’s Feature Album on release, with three album tracks featuring on their impressive home concert for NPR’s Tiny Desk series, and stunning renditions of singles ‘Lost In Yesterday’ and ‘Breathe Deeper’ performed live on Jimmy Kimmel Live! In March last year. The band recently performed their first headline show in ages in Chicago, where they threw in a cover of Travis Scott’s ‘SKELETONS’, (which Kevin Parker produced for the rapper’s acclaimed Astroworld album).

Tame Impala, Chugg Entertainment, Frontier Touring and Laneway Presents thank fans for their support and understanding during these unprecedented circumstances.