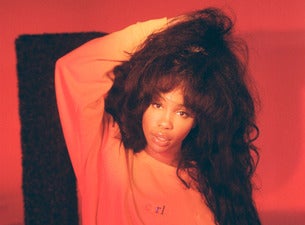 Influenced by avant-garde jazz, alternative rock, and hardcore rap, American singer/songwriter SZA has become one of the most seminal voices in modern R&B, a genre-blurring force akin to contemporaries such as Jorja Smith, Solange, H.E.R., Kehlani and Brent Faiyaz.

SZA’s polished artistry and songwriting talents extend far beyond her own projects having wrote and performed on Rihanna’s single ‘Consideration’ and in 2014, SZA helped write Nicki Minaj and Beyonce’s smash single ‘Feelin Myself’. Her collaboration with Kendrick Lamar on “All The Stars” for the 2018 blockbuster film Black Panther, garnered more than 20 nominations, including ‘Best Original Song’ at the Golden Globe Awards, along with ‘Song of the Year’, ‘Best Rap/Sung Performance’, ‘Best Song Written for Visual Media’ and ‘Record of the Year’ at this year’s Grammy Awards.