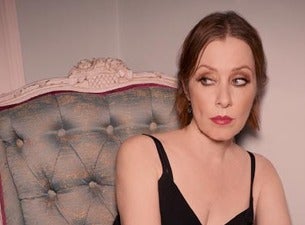 US singer-songwriter Suzanne Vega makes a long-awaited return to New Zealand this August, with concerts in Auckland and Wellington.

Tickets for both shows are available from Ticketmaster.co.nz - pre-sale 9am Wednesday 13 June, general sale 9am Thursday 14 June. The tour is proudly presented by Plus1 and Newstalk ZB.

In New Zealand, Suzanne Vega will perform songs from throughout her career. Her songs have connected strongly with New Zealanders over the years, earning her major chart success here with the likes of Luka, Solitude Standing, Tom’s Diner (with DNA), and Blood Make Noise.

New York’s Suzanne Vega emerged as a leading figure of the folk-music revival in the early 1980s.  From her self-titled 1985 to today, she has sold over seven million albums and has been nominated for seven Grammy awards.

Her Solitude Standing album was No. 1 in New Zealand and features the hits - Tom's Diner (a beautiful acapella track, subsequently re-released with DNA), and Luka - a haunting folk-pop classic written from the perspective of an abused child.

Vega has continued to musically evolve and explore. She has now released nine studio albums, her most recent being 2016’s Lover, Beloved: Songs from an Evening with Carson McCullers – the music from her play about the enigmatic author McCullers. These songs were co-written with Tony-winning composer Duncan Sheik. In the play Vega performed the leading role - seamlessly moving between spoken word and song.

“Hushed, restrained folk-pop and highly literate lyrics…(her success) helped convince record companies that folk-styled singer/songwriters were not a thing of the past after all, paving the way for breakthroughs by Tracy Chapman, Michelle Shocked, Shawn Colvin, Edie Brickell and many others”. Steve Huey @ AllMusic.com

Tales from the Realm of the Queen of Pentacles (2014)

Lover, Beloved: Songs from an Evening with Carson McCullers (2016)