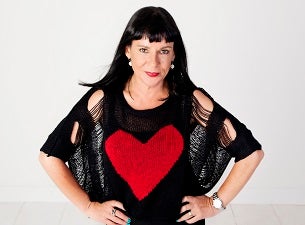 Stuff I Forgot To Tell My Daughter Tickets

About Stuff I Forgot To Tell My Daughter

STUFF I FORGOT TO TELL MY DAUGHTER

When Michele A’Court realised she’d forgotten to tell her grown-up daughter a thing or two about living, she didn’t sit her down for a wee chat. Instead, she wrote a one-woman show – then a book.

In this slick, stand-up comedy, Stuff I Forgot to Tell My Daughter, A’Court imparts her motherly wisdom on such topics as how to thaw bread without electricity, storing ginger and what feminism is.

A’Court was named Female Comedian of the Decade at the 2010 NZ Comedy Guild Awards and is a regular guest on TV3’s comedy show 7 Days. She often airs on Radio NZ National’s The Panel with Jim Mora and has a weekly spot reviewing the news on TVNZ’s Good Morning show.

Theatreview says A’Court “nails the laughs at an incredible rate but Stuff I Forgot to Tell My Daughter is about much more than laughs, it’s about life and living and in particular living as a woman in the 21st Century”.

To the point: Endearing humour/motherly wisdom/award-winning stand-up comedian/performed by a slick TV and radio personality.