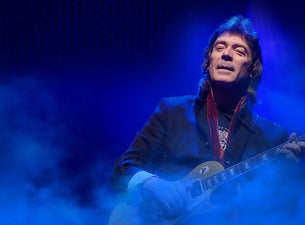 Steve Hackett, as the powerhouse guitarist for one of the most important progressive rock bands ever, has been a guiding influence for musicians and guitarists for over 40 years.

Following the one/two punch of “Nursery Cryme” & “Foxtrot”, both driven by the muscular guitars of new member Steve Hackett, Genesis were ready to launch what would become their finest album, “Selling England By The Pound”.

Easing back on the throttle marginally, and immersing themselves in English whimsy and eccentricity, Genesis delivered just under an hour of delicate prose, wondrous melodies and, of course, the soaring leadlines of Steve Hackett.

Finally, now, 47 years after the album’s release, Steve Hackett will be performing “Selling England By The Pound” in full in a series of Australian and New Zealand concerts.

In addition, in celebration of the 40th anniversary of its release, Steve will be performing his critically acclaimed solo album “Spectral Mornings”.

And if that’s not enough, Steve will perform selections from his stunning new album “At The Edge Of Light”, and may even be munificent enough to throw in another couple of Genesis tunes.

Steve’s exceptional debut antipodean tour in 2017 left audiences stunned by the majestic performances by Hackett and his virtuoso band. How do you top that? Come witness the spectacle of Steve’s incendiary 2020’s shows to see how it’s done.