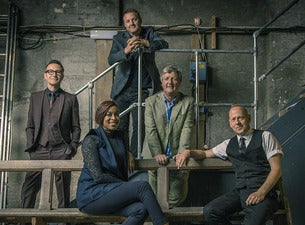 With shows set to land in Auckland and Wellington, fans around the country will have a chance to see brand new material from Squeeze, as well as hits like ‘Cool For Cats’, ‘Tempted’ and ‘Up The Junction’ as Squeeze bring the soundtrack of the 70s and 80s into full focus.

“‘I am over the moon to be announcing the 2020 tour with Squeeze.”, says Glenn Tilbrook. “We’ve had something of a renaissance in the last few years, and look forward to this continuing, as we will play a set of songs that are new, contemporary and as innovative as people have come to expect from us, along with the old beauties.”

With two critically-acclaimed albums in the past three years, and a live show that has seen them headline numerous festivals in the UK (as well as sell their own sold out shows around the world), “something of a renaissance” seems like an understatement.

Ever hardworking, the band will bring their scintillating live performances to adoring Kiwi fans in 2020, treating them to not just the hits, but also rarities that span their 45 year career both as Squeeze and solo artists.