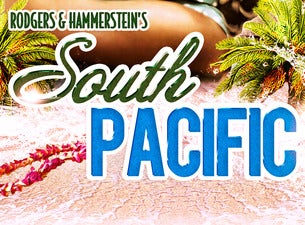 One of the world’s most treasured musicals, SOUTH PACIFIC, will make a 24-venue tour of New Zealand in September and October.

Brought to you by the producer of Buddy – The Buddy Holly Story, Oklahoma! and The Pirates of Penzance travelling tours of the past two years, this beautiful musical will start its own epic journey in Kerikeri in the Far North and work its way to Invercargill in the Far South, transporting audiences to a Rodgers and Hammerstein war-time romance.

Based on James A. Michener's Pulitzer Prize-winning 1947 book Tales of the South Pacific the anecdotes of a real-life U.S. Navy commander who was stationed on an island, producer Ben McDonald says he is excited to be touring such a classic musical that intertwines the themes of romance, duty, and prejudice to create a story that is all at once hilarious, heartbreaking, and thought-provoking.

The musical follows two intercultural love stories: Nellie, a spunky nurse from Arkansas, falls in love with Emile, a French plantation owner on the island who has two children from his late Polynesian wife; at the same time, U.S. Lieutenant Cable falls for a beautiful island native named Liat. Both Americans find themselves struggling to reconcile their own cultural prejudices with their amorous feelings, all the while under the dark cloud of a war that is coming ever closer to their island paradise.

The original Broadway production enjoyed immense critical and box-office success, became the second-longest running Broadway musical to that point (behind Rodgers and Hammerstein's earlier Oklahoma!), and has remained popular ever since.

Several of its songs, including "Bali Ha'i", "I'm Gonna Wash That Man Right Outa My Hair", "Some Enchanted Evening", "There Is Nothing Like a Dame", "Happy Talk", "Younger Than Springtime" and "I'm in Love with a Wonderful Guy", have become popular standards.

The production won 10 Tony Awards, including Best Musical, Best Score and Best Libretto, and it is the only musical production to win Tony Awards in all four acting categories. Its original cast album was the bestselling record of the 1940s, and other recordings of the show have also been popular. The show has enjoyed many successful revivals and tours, spawning a 1958 film and television adaptations. The 2008 Broadway revival was a critical success, ran for 996 performances and won seven Tonys, including Best Musical Revival.