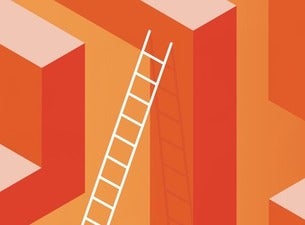 About Sons Of Zion

The mighty Sons of Zion are coming to a town near you!

One of New Zealand’s most exciting and renowned live acts, Sons of Zion, have just announced a seven-date nationwide tour.

The announcement comes as the band’s latest hit ‘Drift Away’ continues to dominate Kiwi radio and smash up the charts.

Watch here a live version of the song recorded for NZ Herald Time Out in celebration of New Zealand Music Month.

The Sons of Zion Tour - presented by Mai fm with support from The Edge - kicks off in Hamilton at the Factory on Friday, August 24 and ends at the Foundry in Christchurch on Saturday, September 8. See the full list of dates and venues below.

Sons of Zion - consisting of Rio, Sam, Joel, Matt, Ross and Caleb - are without question one of New Zealand’s most popular bands. They made their mark in 2009 with their self-titled debut album, which they followed up in 2013 with UNIVERSAL LOVE, which included the smash singles ‘Be My Lady’, ‘Good Love’ and ‘Tell Her’. The hits continued to flow with ‘Stuck on Stupid’, ‘Fill Me Up’, ‘I’m Ready’, ‘Hungover’ and 2017’s critically-acclaimed EP, THE JUKEBOX SUITE, winning over new and old fans alike.

Along with the hits, has come a well-earned reputation of one of New Zealand’s tightest live acts. It’s a title that Sons of Zion have achieved through consistent international touring, in places like Hawaii, Guam and Australia, and playing at some of the biggest festivals around including Bay Dreams and One Love.

The band’s latest single ‘Drift Away’, which comes from their new full-length album VANTAGE POINT, has been the #1 most played song on New Zealand radio for three weeks running. It also topped the NZ Top 20 NZ Singles chart and has had close to 3 million streams on Spotify and 130,000 video views.

Now as their star continues to soar, the boys from Sons of Zion are taking the love back to the people, performing up-close-and-personal shows in all corners of the country.

Don’t miss your chance to see the witness the magic live.