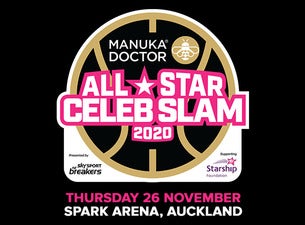 Basketball is the fastest growing sport in NZ, and there’s not been enough of it this season! So the Sky Sport Breakers are joining forces with all their cross-code sporting, media, and entertainment friends to take to the court in support of the Starship Foundation. The inaugural Manuka Doctor All Star Celeb Slam will see two teams of celebs battle it out on the court, each led by current Sky Sport Breakers players and coaching staff with live DJ, MC, and non-stop entertainment.