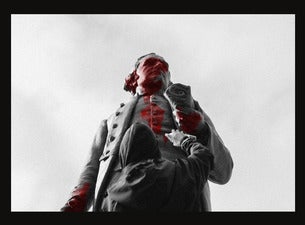 Shihad are coming home again! New Zealand’s own SHIHAD are returning for some very special shows, touring their latest album Old Gods this November across Auckland, Hamilton, Wellington and Christchurch.

Vodafone customers can be the first to secure tickets during the Vodafone presale beginning 12pm Tuesday August 3. Go to Vodafone.co.nz/music for more information.

My Live Nation members can get tickets through the presale beginning 1pm Thursday August 5 until 11am Friday August 6.

Shihad’s origins date back to 1985, when guitarist Jon Toogood and drummer Tom Larkin formed the group in high school. By mid-1988, with the addition of a bassist and guitarist, the group began playing live. According to legend, while covering the Sex Pistols’ Anarchy in the UK during their debut performance, they blew out the club’s PA system. Shihad’s debut EP, Devolve, appeared in mid-1991 and reached the NZ Top 20. By 1993, their sound had grown more industrial; influenced by the likes of Skinny Puppy and Einsturzende Neubauten, the group even began experimenting with samplers. The results were immediately positive – not only did their LP Churn reach the Top 10, but the single I Only Said hit #3. 1999’s The General Electric, which went double platinum in New Zealand, would be the band’s last outing under the Shihad moniker for some time. Releasing music in the early 2000s under their nom de plume Pacifier, they returned to operating full-time as Shihad with the release of the 2005 politically charged album Love Is the New Hate.

2014 saw the release of FVEY, the band’s fifth #1 album in New Zealand, and if you thought that was peak fury, you ain’t heard nothin’ yet:

“I don’t think FVEY even compares with the anger I feel now with what’s going on,” says frontman Jon Toogood. “I wrote that before Trump was in power. There’s been some real dark shit happen, worse than what I could have imagined.”

If anger is an energy, then Old Gods, Shihad’s 10th studio album, could singlehandedly power a New Zealand city for a year.