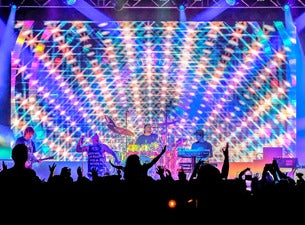 Kiwi drum ‘n’ bass party-starters Shapeshifter have announced a headline show for fans in Wellington this November. Following up on record-breaking tours of New Zealand, the future-shocked soul outfit will perform a show at Wellington's TSB Arena!

Off the grid and out of this world, from the clubs to packed festival fields, Shapeshifter’s transcendent sound has already seen them achieve extraordinary things. Record-breaking New Zealand tours, scene-setting appearances at festivals like Glastonbury, The Big Chill, Big Day Out and Parklife, sold-out performances across Europe, multiple music awards, four EPs and five LPs — three with platinum sales — and an army of fans who return to relive the experience time and time again. These are just some of Shapeshifter’s towering achievements.