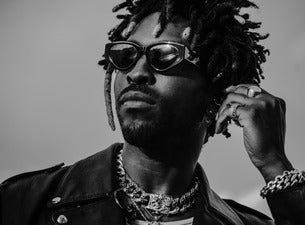 Brooklyn-native SAINt JHN has announced his debut tour of Australia and New Zealand for March 2020.

Fresh off the release of his second album “Ghetto Lenny’s Love Songs”, SAINt JHN is currently riding high on a wave of acclaim, with guests on the album including Lil Baby, A Boogie Wit Da Hoodie and Lenny Kravitz. From his beginnings as a writer for notable artists such as Usher and Hoodie Allen, the melodic trap rapper was recently selected by Beyonce to contribute to this year’s “Lion King: The Gift” soundtrack, co-writing and performing alongside Bey’s daughter Blue Ivy on the track ‘Brown Skin Girl’, also featuring Wiz Kid.

Recently performing a show-stopping set at Rolling Loud, as well as being spotted wearing a turquoise tuxedo and diamond brooch for a bow tie at Rihanna’s Diamond Ball, SAINt JHN is the breakout artist you absolutely must-see.