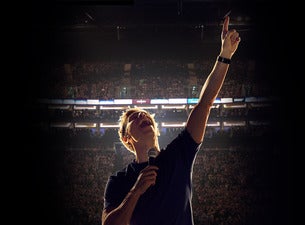 4 Events
Loaded 9 out of 9 events
Back to Top

RUSSELL HOWARD is set to bring his hotly anticipated stand-up tour Respite to New Zealand in the new year. After the global success of Netflix special Recalibrate, The Russell Howard Hour - which spawned over 400 million views worldwide on social media - and 2017 international record-breaking sell-out tour Round The World, RUSSELL HOWARD, one of the UK’s most successful comedians, has been approved to travel to New Zealand with his tour in January confirmed to go ahead.

The New Zealand premiere of Respite will commence on 22 January 2021 in Wellington and will be followed by a performance in Auckland making Russell the first comedian from the Northern Hemisphere to perform in New Zealand since the global lockdown!

Due to ongoing border restrictions, Russell Howard’s Australian Respite tour dates have been rescheduled to July and August.

All existing tickets remain valid for the rescheduled show without the need for exchange. Patrons unable to attend can obtain a refund from the point of purchase. Refund requests are to be submitted prior to 5pm, Friday 29 January.

Russell is currently on his third and largest world tour Respite which will take him to 69 cities across 24 countries in 5 continents, and started with a sold-out, critically acclaimed UK arena run in Autumn 2019. Russell’s 2017 sell-out international tour, Round the World, saw him break the record for the largest English speaking stand-up show in China and play a record-breaking 10 night run at the Royal Albert Hall, overtaking 8 in a row jointly held by Frank Sinatra and Barry Manilow. The tour culminated with the global release of Netflix Special Recalibrate.

Russell most recently returned to our screens to offer his satirical take on global news, politics and stories dominating the cultural zeitgeist with the fourth series of The Russell Howard Hour.  A huge hit online, show content has been seen over 400 million times across social media since the show’s arrival. Every episode is also available to watch worldwide on Russell’s YouTube channel, with over one million subscribers, as well as being broadcast on Foxtel in Australia close to UK transmission on Sky.

Russell has over 6 million followers on social media.

After completely selling out his Australian season of Wonderbox in 2014 and Round the World in 2017 – Respite will be one not to be missed.

“World domination is looming… he has grown darker, angrier and more satirical on stage. His sets deal with everything from foreign policy to his fear of death, and he rages as much as he teases” The Sunday Times, UK