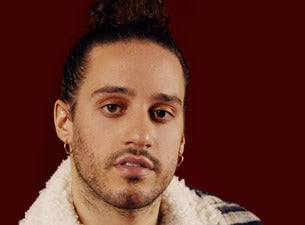 American rapper RUSS returns to New Zealand this July for the first time since 2017 for his only New Zealand Splendour In The Grass sideshow. RUSS will perform at Auckland’s Spark Arena on Saturday July 13.

My Live Nation members can secure tickets first during the exclusive pre-sale beginning 2pm Tuesday, April 16 until 10am Thursday, April 18.

Named in Forbes annual ’30 under 30’ list for 2019, the American rapper notably emerged onto the music scene between 2011 and 2014 when he released an impressive 11 mixtapes. What followed was 87 consecutive weekly singles released to his Soundcloud account – where a mass audience discovered his sound and vibe as an artist. In 2017, Russ delivered his debut album “There’s Really A WOLF” and achieved the rare feat of a platinum debut. Each song on the record was entirely produced, mixed, mastered, engineered, written and record by Russ himself – a message of self-sufficiency he tirelessly promoted and stood proud by. The record achieved a number of multi-platinum and gold certification singles, including both of his Billboard Hot 100-charting tracks ‘What They Want’ and ‘Losin Control’. The popularity of the album helped Russ surpass 1 billion audio streams in the U.S. that year, making him one of Nielsen Music's 30 most streamed artists.

In the same year Russ made his eagerly-awaited New Zealand debut, delivering a two and a half hour set which left fans craving more – resulting in a sell-out performance for Auckland. Russ recently released his sophomore record ‘ZOO’, this time opting to enlist external producers and featured artists such as Rick Ross and Snoop Dogg.

Now, having firmly cemented his place as a global hip-hop heavyweight, Russ returns for one huge headline show alongside a coveted spot on the 2019 Splendour In The Grass line-up. The tour kicks off at Spark Arena on July 13 before heading to Australia and if last time is anything to go by fans will need to act quick to secure their tickets.