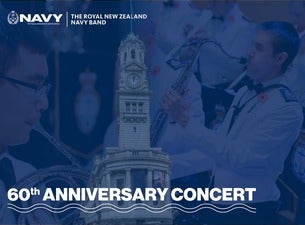 The Band of The Royal New Zealand Navy

Throughout Naval history, music and musicians have formed an integral part of what the Navy does and it is this tradition that the Royal New Zealand Navy Band proudly continues today.  The Band does regular community engagement events including public concerts, appearances at sporting fixtures and schools visits throughout New Zealand.  The Band regularly provides musical support at Ceremonial occasions, entertainment at ship departures and returns as well as State Ceremonial Visits.   Whenever possible, the Band promotes recruitment and attracts new recruits for the whole of the New Zealand Defence Force.

The Band is based in HMNZS PHILOMEL, Auckland, and travels extensively throughout New Zealand as well as occasionally overseas, all of which makes for a varied and sometimes demanding workplace.  All new entrants to the Band undergo Basic Common Training alongside all the other trades of the Navy and all musicians are given a level of medical training, which enables them to step up and provide support in times of civil or defence emergency in a non-musical role.   Despite its diminutive size, the Band performs to the highest level in a wide range of ensembles; from individuals performing at Last Post Ceremonies, through duos and small combinations for dinners and light entertainment, to the Big Band and Concert Military Band. The Band of the Royal New Zealand Navy is the only full-time professional Concert Military Band in New Zealand and its success relies upon a level of versatility and musicianship unrivalled anywhere else in the country.

All our events help to bring the Navy message to a wide range of people and places, ensuring that our focus on New Zealand being a large Maritime Nation remains strong.