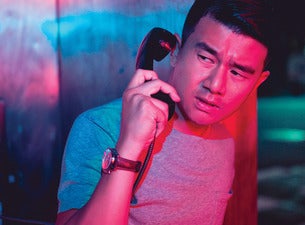 The Malaysian-born Chinese comedian relocated to the US in 2015 after scoring a coveted correspondents role on the new-look The Daily Show when Trevor Noah succeeded its previous host Jon Stewart after 16 years. An accomplished stand up, Chieng has already appeared multiple times at Montreal’s invite-only Just For Laughs, Edinburgh Festival Fringe and London’s Soho Theatre, as well as in his native Singapore. In Australia he regularly sells out his comedy festival seasons around the country, and most recently performed a limited run at the 2016 Melbourne International Comedy Festival.

Born in Johor Bahru, Malaysia, and raised in Manchester, NH and Singapore, Chieng was a rising star on the comedy scene in Melbourne where he was studying law. Following his graduation, it was his comedy career that began to take off in 2012 when he was named one of the Top 10 rising comedians in Australia by The Age, Herald Sun and The Sydney Morning Herald. He also received the Best Newcomer award at the Melbourne International Comedy Festival that year for his debut stand-up special, The Ron Way. It was subsequently released in 2014 as his debut Live comedy albumand recognised with a 2014 ARIA Award nomination for Best Comedy Release. He also added two more awards to his vast collection that year - the MICF Directors’ Choice award, and the Sydney Comedy Festival’s Best Show. He has twice been nominated for an Australian Helpmann Award for Best Comedy Performer (2014 & 2015).