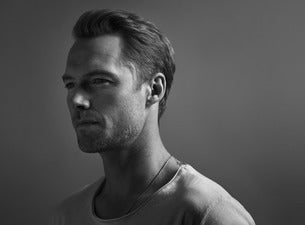 Time of My Life World Tour to hit New Zealand

THURSDAY JULY 14, 2016 – Irish superstar RONAN KEATING has announced that his Time of My Life World Tour will include headline dates in New Zealand this spring.

Touring in support of this his 10th studio album, aptly entitled Time Of My Life, Keating says: “This is the music I’ve always wanted to make. This is who I am and it feels absolutely right. To go out with all this new material, and playing guitar, will be so exciting. These songs were written for live performance.”

My Live Nation members can be among the first to secure tickets during the pre-sale beginning midday this Monday, July 18.

Tickets will go on sale at midday on Wednesday, July 20.

For complete tour and ticketing details including Meet & Greet and other VIP Packages, visit: livenation.co.nz.

For Ronan, twenty-two years of making music has yielded an impressive tally of achievements, including 40 million album sales with Boyzone, 22 million copies sold of nine solo albums, 14 solo #1 singles and an Ivor Novello Award for Picture Of You (1997). But they are not something Ronan is dwelling on; right now he is all about pushing on with a bold new chapter.

His 10th studio album, Time of My Life (out now through Universal Music New Zealand) finds Ronan back at his very best - worldly wise, with a bevy of self-penned, heartfelt and revealing songs. 12 tracks that move between touching acoustic moments as felt on lead single ‘Let Me Love You’, to the anthemic ‘Don’t Think I Remember’ and the second single to be lifted from the album, ‘Breathe’. These are instantly affecting songs of celebration and emotion, of love and loss, and honesty.

Ronan is currently appearing alongside Jessie J, Delta Goodrem and The Madden Brothers as a coach on TV2’s The Voice.