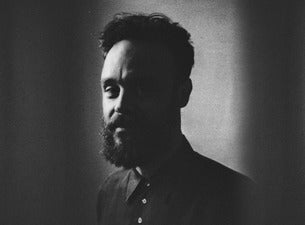 Amarante has become an international name through his band Little Joy (alongside The Strokes’ drummer Fab Moretti and Binki Shapiro) and by recording and playing with Devendra Banhart on his last three albums. Amarante is also an inescapable figure in Brazilian music and has influenced a whole generation in his homeland. He is one of the masterminds of the Rio de Janeiro band Los Hermanos and a founding member of samba supergroup Orquestra Imperial alongside Seu Jorge and Moreno Veloso (son of Caetano Veloso). He has recorded and performed with Brazilian icons such as Tom Zé, Gilberto Gil and Caetano Veloso and was elected one of the 100 best musicians in Brazilian history by Rolling Stone Magazine.

After five years in the US he released his debut solo album, Cavalo, in 2014 which was praised by Rolling Stone and The Independent. Most recently he was nominated for an Emmy for his track “Tuyo” which he wrote as the dark-edged title theme for the Netflix series Narcos.

“To write "Tuyo," Amarante says he imagined the music the mother of Escobar [Narcos’ drug lord lead character] would have listened to as she raised the boy that would become a monster. The result is short, beautiful, and deceptive — listen closely to those lyrics. That's not romance you're hearing, it's domination.” – NPR

“This debut release manages to exude both an endearing homemade cosiness and an inventive sonic sophistication.” – The Independent

“Bouncing between tracks in English, French, and Portuguese, it’s the kind of diverse, deliberate records I can easily return to on any given day while still unearthing some rich, new detail every time.” – Pitchfork

“The record demonstrates Amarante's stylistic range and gift for wistful melody: His songs represent everything from lullaby-paced ballads with muted piano to tunes driven by bubbling bass to ebullient Portuguese love songs.” – NPR