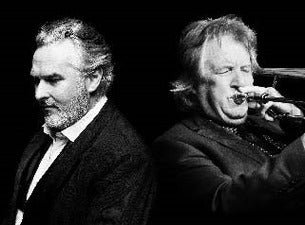 To present concerts throughout New Zealand performing material from CD release and build on the one off performance at the Wellington Jazz Festival on June 09, 2019 too rave reviews and feedback.

Education will play an important part of this concert series.

The Rodger Fox Big Band and Simon O’Neill will present a workshop for school students and interested general public attending the concert where the music and the way the compositions are developed will be explained, discussed and questions taken.

Premiering new arrangements of Wagner’s Die Walküre and Notung! Notung! and Puccini’s Nessun Dorma, this ground-breaking recording will unite one of the finest heldentenors on the international stage in a format that takes Wagner out of the Opera House and into the world of big band jazz. Simon O’Neill’s illustrious career spans the great operas and opera houses of Europe and the United States as well as Australia and New Zealand.

Resumes of the arrangers for the project are a who’s who of jazz and popular music and include:

Francisco Torres - Trombonist, bass trombonist, composer, arranger and clinician who hails from the state of Sonora, Mexico but calls Los Angeles, California home. He is equally at home with jazz, classical, latin, funk, reggae, ska, and studio work. He is the trombonist and musical director for the Grammy-Award winning Poncho Sanchez Latin Jazz Band, as well as a member of Gordon Goodwin’s Big Phat Band. Francisco has in recent years produced and arranged for Poncho’s albums garnering several Grammy nominations

Rodger Fox started his jazz career at a young age with brass bands in the Porirua area, like the Mana College Big Band.  Later he joined the Quincy Conserve, a band that defined New Zealand music in the early 1970s.  This was followed by the 1860 Band and partnerships and performances that continue to this day.  A consistent factor over the decades has been the sound of the Rodger Fox Big Bands where the biggest names in New Zealand jazz have all performed with Fox, including Ray Woolf, Tina Cross, Malcolm McNeil and Midge Marsden and many others.

Simon’s performances as Siegmund in Die Walküre at the Royal Opera House, Covent Garden with Pappano, Teatro alla Scala and Berlin Staatsoper with Barenboim, at the Metropolitan Opera with Runnicles in the celebrated Otto Schenk production returning with Luisi in the Lepage Ring Cycle and in the Götz Friedrich production at Deutsche Oper Berlin with Rattle were performed to wide critical acclaim. He was described in the international press as "an exemplary Siegmund, terrific of voice", "THE Wagnerian tenor of his generation" and "a turbo-charged tenor".

During this season’s engagements Simon makes his debut at: Tanglewood with the Boston Symphony and Andris Nelsons and the Toronto Symphony with Sir Andrew Davis and Orquestra de la Comunitat Valenciana with Henrik Nánási as Siegmund in concert performances of  Die Walküre. He made his debut with the Hallé Orchestra in the title role of Wagner’s Siegfried

with Sir Mark Elder in performances at the Edinburgh Festival and in Manchester. Simon returns to the Wiener Staatsoper as the title role Parsifal with Valery Gergiev and as Siegmund with Oper Leipzig under Ulf Schirmer, the Bayerischer Staatsoper under Kirill Petrenko and Berlin Staatsoper with Daniel Barenboim. He recently made his debut as Der Kaiser in Die Frau ohne Schatten and Boris in Katya Kabanova at the Berliner Staatsoper. Simon is delighted to make his staged role debut as the title role of Siegfried in the 2021 new Stefan Herheim/Donald Runnicles production for Deutsche Oper Berlin.

Simon became an Officer of New Zealand Order of Merit in the 2017 Queen’s Birthday Honours list, he is an alumnus and holds a Doctor of Music (Honoris Causa) from Victoria University of Wellington and is an alumnus of the University of Otago, the Manhattan School of Music and the Juilliard Opera Center. He is a Fulbright Scholar, was awarded the 2005 Arts Laureate of New Zealand and was a grand finalist in the 2002 Metropolitan Opera National Auditions returning as guest artist in 2007. He also appears on the 1998 New Zealand one-dollar performing arts postage stamp.